Adam and Eve were first conceived in 1970 in Ames, Iowa.  The artwork's meaning arose from the incompatibility in dialogues between the sexes and how the dialogue can become destructive, verbally, emotionally and biologically, unless humans are ready to TALK about their issues.  Fiammetta is writing her autobiography and focusing greatly on such issues because they are fundamental to human society.
ADAM AND EVE 2000 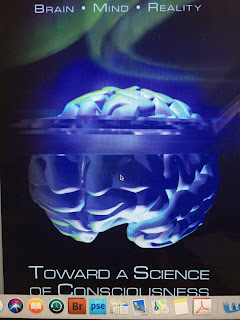 I need to find out to how to place photos of my visual printed experiences  on this blog.  IT shall be about how and when I studied my own   experienced Unusual Phenomena, catalogued ,and created a hypothesis about the consulting available data about biology, physics,  consciousness, religion,  and Nature.--The title needs to be as  weird as is to-day would be a SUBURBAN SHAMAN!--Thank you for suggestions. about this enterprise.  The book has already been written, but I cannot place it on the internet , because publishers  shall not touch Public Domain's  information .  I also need a proofreader, and am short of large funds!   My website is : rubinartstudios.com. This project could morph into a cooperative one.- If you email me:  postfix  your email ( rubinartstudios@aol.com) after your  post with the word "shaman", or we shall not have a conversation.   Fiammetta. July 6 , 2019
Posted by Fiammetta Rubin N.D. at 7:45 AM No comments:

Lesser of The Two Evils- Her Story

Posted by Fiammetta Rubin N.D. at 2:14 PM No comments:

I am an artist, have been since about three or four years old. Why?—Because I was bored and someone gave me pencils, some pictures of berries and showed me how to copy them. For some obscure reason the process became interesting for me. I also did not have any other children to play with, besides a cat, and lived on a secluded farm with two adults, two parents and two grandparents. No TV, no heat, no mail,  no hot water, no heating in winter,  yes, a radio…about 8 miles out of Rome Italy  , 1941.
No, we were not poor, we had near-to- slaves working on my Grandfather’s land. I also started writing poetry when I was six years old. My Mother schooled me.  I also saw real works of Rafael and Titian when I was 7 years old, at 8 years  old, during WW11  I decided to become an artist.—Why?---  Because I was lonely  and curious  and liked flowers and leaves and the sunsets. Genetics also favored me, it was coming from both sides of the family.
A bright child will do anything just not to be bored.  I drew.  ---I drew after I was married with my first husband  while he was working on vacations,  I drew  when I was sad after the War, I drew happy images when I was happy and very sad ones when I was sad.
The images I produced showed to me what I was feeling:  cathartic.  Reliving your own or a TV drama reminding you of your own, is like wiping off your tears after you stop crying. Somehow you feel better.

I am also trained in art psychotherapy which does not focus on the ability of the child to either produce a recognizable object  or simply draw  anything going through its minds, but just colors lines, etc.
I have never bought art because I can produce it. I have sold my art-craft  at high prices because I was the only person ever to combine two different techniques  at the same time in enameling.—Writing poetry is an art, dancing is an art…. Anything which symbolically represents, in any modality, the human condition, and makes us communicate with one another , as cave people did in Lasqueux  thousands of years ago, is ART.
Is there good and bad art?—Good and bad are all in the eyes and mind and all the senses of who  is looking or otherwise perceiving EMOTIONS, MEMORIES, DESIRES, etc.  The experience of art consists in communicating indirectly about who we are to others.—When we are sad we may empathize with depictions about sadness.  But we also might want to see pictures of joy to change  our attitude and feel happy!
To-Day  we live in “dark” times, when the beauty of the planet is endangered by  lust of commodities, by overpopulation  and overkilling of innocent people!
What is the price of a picture  through which design, coloring, subject matter may come in contact with emotions you need to relieve?—Ever felt falling in love at a green and violet sunrise? I did once.  And falling in love with the fragility,   ephemeral beauty of  spring’s growth,  or curled old leaves,  but beautiful in their very curl…As  painter and photographer I want to freeze that image so that I can re-experience it at will later.  Its memory shall enrich my life, if  it matches what I shall feel also to-morrow and after tomorrow.
What we call “good art" does that for us by re-evoking what we have already experienced. Memory is all we have of life . The richer the banks of memory are, the more we can think and imagine what we want to become and how we want to change.
Posted by Fiammetta Rubin N.D. at 2:38 PM No comments:

Posted by Fiammetta Rubin N.D. at 2:16 PM No comments: